The Perfect Girlfriend by Karen Hamilton 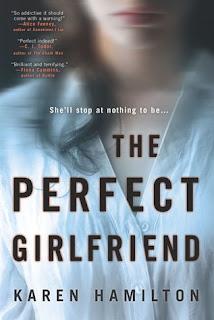 So literally, two pages into this novel I knew the main character was crazy. Crazy in a terrifying, twisted and sociopathic kind of way. She's the kind of woman you have nightmares about if you're a guy in the dating world. Juliette loves a man named Nate. Nate doesn't love Juliette anymore and asks her to move out of his apartment, probably because he realizes she is insane. Juliette is not taking this well, which is an understatement. This novel is a carefully crafted journey into the frightening world of a person who is truly unhinged, and will not take no for an answer. This is a first novel for Karen Hamilton, and she is a skilled writer with a good sense of humor. Be prepared to read well into the night because this novel is hard to put down. If you like psychological thrillers that scare you because you KNOW women like Juliette exist in the real world, than this novel is for you!
Posted by anetq at 5:58 PM No comments:

When the Emperor Was Divine by Julie Otsuka 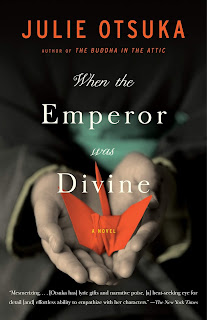 "Those who cannot remember the past are condemned to repeat it." - George Santayana

From the publisher: On a sunny day in Berkeley, California, in 1942, a woman sees a sign in a post office window, returns home, and matter-of-factly begins to pack her family's possessions. Like thousands of other Japanese Americans they have been reclassified, virtually overnight, as enemy aliens and are to be uprooted from their home and sent to a dusty internment camp in the Utah desert.

When the Emperor Was Divine is the Galesburg Public Library's 2019 NEA Big Read title. It's a short book about a family torn apart by fear and prejudice in the United States during World War II. In spare, lyrical prose the author recounts what it was like for one Japanese family to be forced to dispose of their pets, leave their home, and travel to a crowded camp in another state.

Pick up a free copy of the book at the FREE Big Read Kick-Off Event on March 30 at 2:00 pm at the Orpheum Theatre, where a Japanese drumming group from Chicago will introduce us to taiko drums and drumming. Remaining books will be available at the library after the event, while supplies last. The library has a slate of programs for all ages scheduled for April. Pick up a program brochure at the kick-off or at the library, or visit www.galesburglibrary.org or the Galesburg Public Library on Facebook.
https://galesburglibrary.org/wp-content/uploads/2019/03/2019-WTEWD-Events-Brochure.pdf
Posted by Jane (GPL staff) at 7:56 AM No comments:

Save Me from Dangerous Men by S.A. Lelchuk 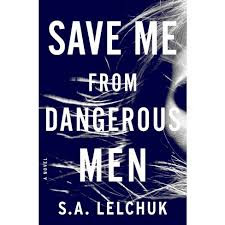 Bookseller by day, Private Investigator by night, Nikki Griffin is truly All That! In our introduction to Nikki, we find her literally kicking the daylights out of a man she'd been stalking because he needed to learn a lesson. He did indeed learn that lesson. Nikki is not a girl you want to mess with, especially if you are a man who hurts women. She will make you pay for that. She is smart, resourceful, patient, capable and throws one heck of a right hook. She works at her craft, keeps herself in shape and has lots of weapons. Some of which are legal. After being hired for what seemed to be a straightforward job, Nikki realizes that things are not adding up. Her first clue was that people around her investigation were starting to die, which made her wonder who she could trust and who might be trying to kill her. This is the perfect first book for a series, and I for one will be keeping an eye out for the next in line. Nikki Griffin has everything you want in a main character. She's also got a smart mouth on her and is probably a little insane, but she's working that out in therapy. A must read!!
Posted by anetq at 7:14 PM No comments:

Promote Your Page Too